“Eka’s voice is chock-full of soul ... when you do get a hint of her accent it is actually endearing, giving her voice even more character.” - Albert. T 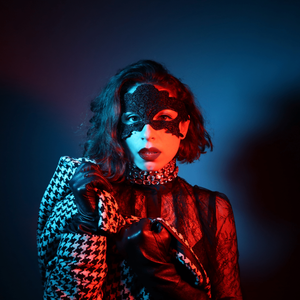 Eka Laki relaunched her singing career after moving to Amsterdam in 2018. She released her first single “Free Me” in collaboration with Bruno Rex. The two released also “On My Own” and “Better Than You”. The latter is accompanied by a music video self-directed by Eka, shot in Tbilisi, the capital of her home country.

Eka Laki started her career as a singer and performer in Georgia at the early age of 12. She participated in various national and international contests and even performed live on national TV. Yet, she felt the need to change and grow. In 2015, she moved to the UK to focus on education and self-discovery. The time Eka spent in the UK was pivotal to her life. After many years trying to become a “proper adult”, she realized what her true calling is — being on stage and making music.

In 2018, Eka Laki moved to Amsterdam. She decided to take control of her future as an artist and took the first shy steps into writing her own songs. She released three singles over the next two years and directed the music video of one of them.

In 2021, Eka Laki started experimenting with new musical ideas using her looper. In 2022, Eka Laki will be releasing her debut album. Stay tuned for more!

"All of you" is a hymn for anyone who had an adventurous summer romance. The song can your perfect warm-weather escape while sunbathing under the hot sun or enjoying a beautiful view from the mountains.

The song went through a lot of changes for the past one year and ended up as a warm summer tune.

The collaboration between Eka Laki and Funk Lord was very successful. The two artists are already working on two more songs that will be released as a part of her debut album in 2022.

The song is full of dark musical elements complemented with
engaging and lighthearted lyrics. It is a hymn for anyone who feels
underappreciated and afraid to move on. Eka mentioned, ”If someone
doesn’t treat you the way you deserve, you need to make a brave
choice and change your mind. That’s how you discover new
possibilities”.
The collaboration between Eka and the Portuguese musician, Alberto
Hernandez, was very successful. The two artists are already working
on a second song that will be released in the upcoming months.
Eka started writing her own songs less than 1 year ago and is
experimenting alot on her ideas.